This article was originally Laura’s official newsletter for January 2017. We wanted to share it with everyone now – enjoy!

Can it really be one year since Author: The JT LeRoy Story had its premiere at the Sundance Film Festival? Come to think of it, has it been five months since the reissue of Laura’s books Sarah and The Heart Is Deceitful Above All Things? Because we’re just as overjoyed now about their re-emergence as we were last year. That’s the great thing about dreams – when they come true, they stay true!
Laura has returned from her visit to New York and the celebration of the Unforgettables – Cinema Eye’s tribute to the most notable subjects of documentaries in 2016. And have we got pictures! The festivities included a luncheon in Manhattan and an evening awards ceremony at The Museum of the Moving Image in Queens. Laura got to reconnect with some dear friends, including filmmaker Morgan Spurlock (Super Size Me) – 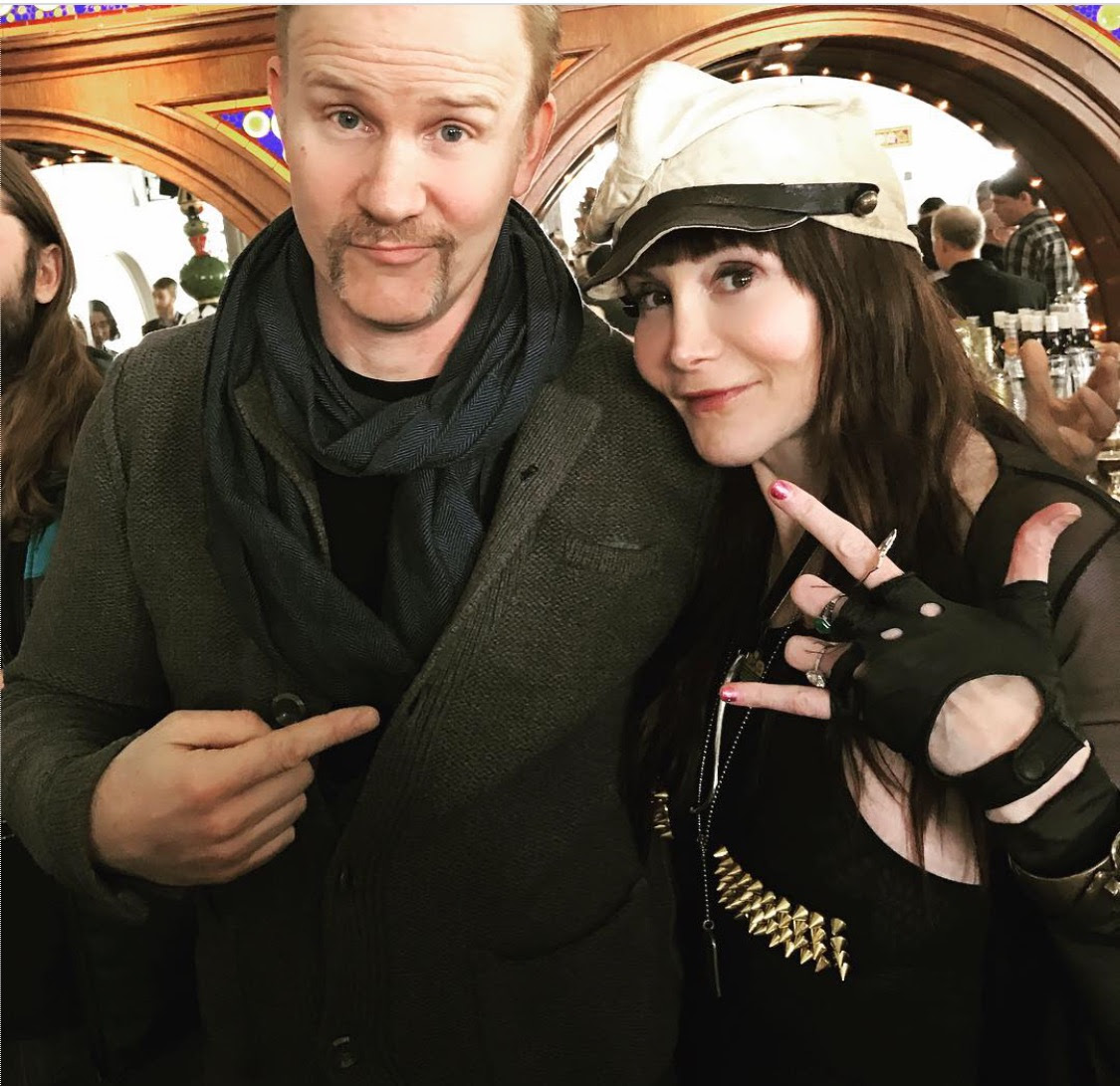 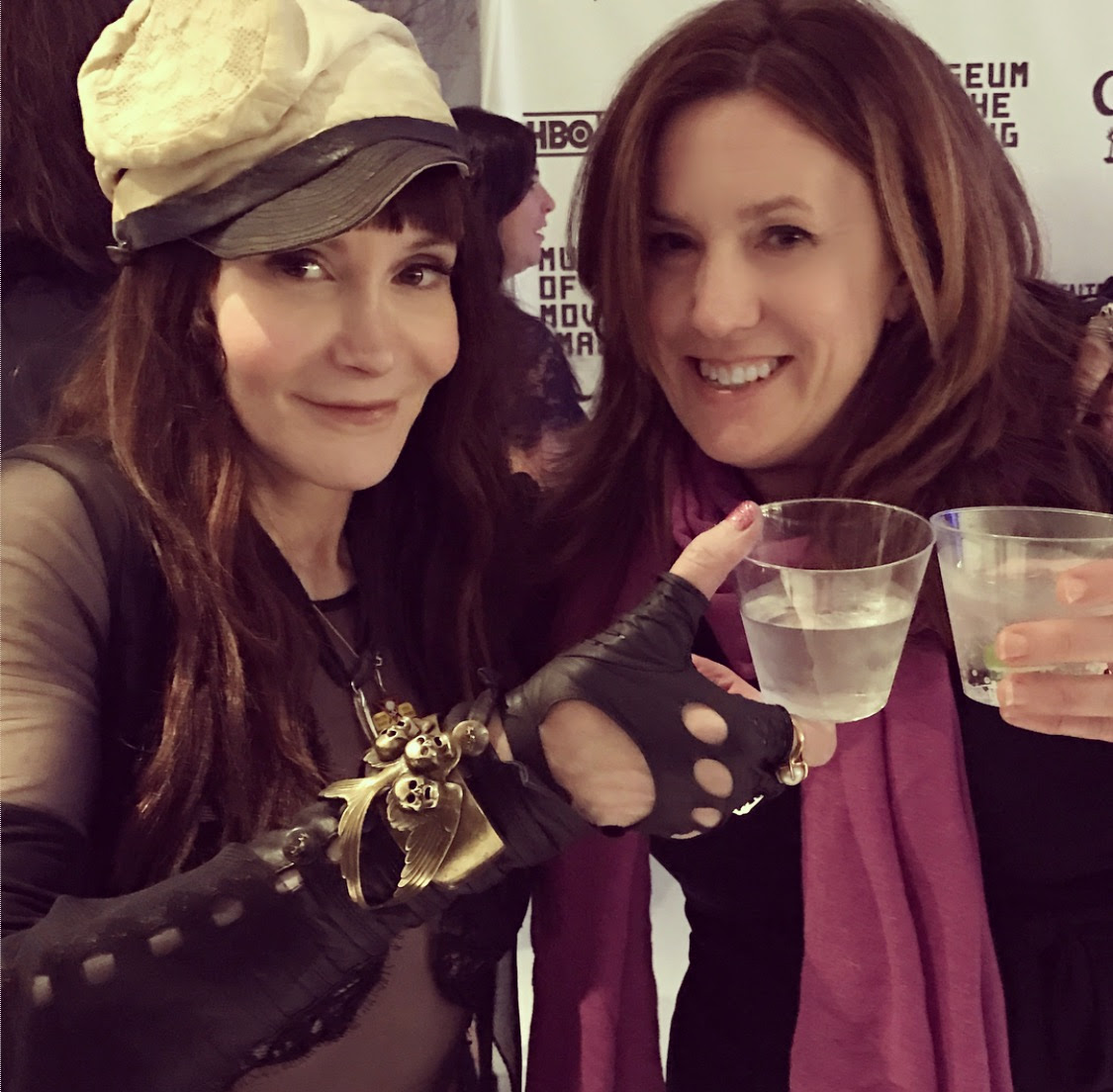 – and Eamonn Bowles, President and co-founder of Magnolia Pictures. 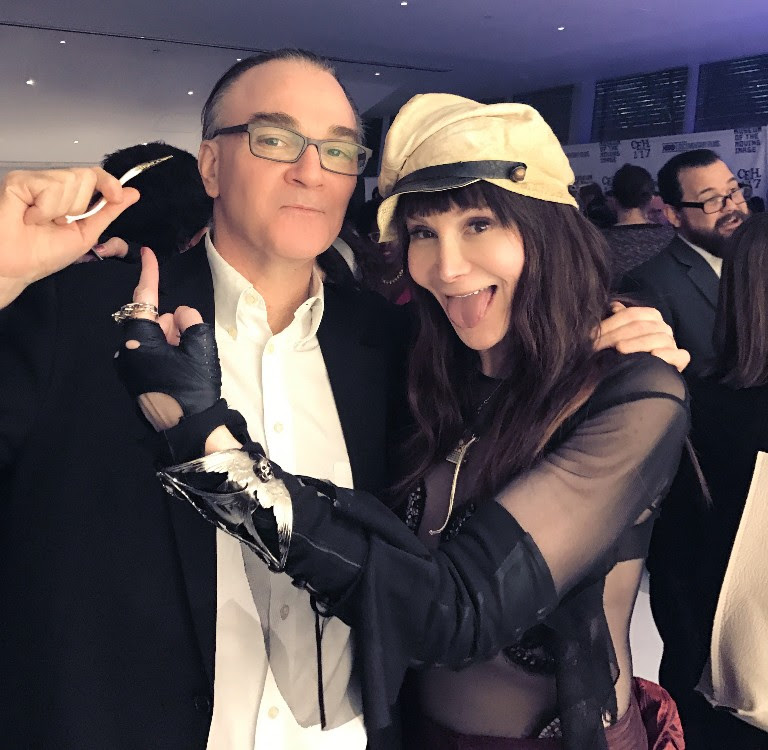 Hosting the event was another friend, whom Laura has also interviewed: Steve James, maker of such notable documentaries as Hoop Dreams and The Interrupters.

Also there was Ameena Matthews, the star of The Interrupters and another friend (and interviewee) of Laura’s.

Among the new friends Laura made that night was the legendary high-wire master Philippe Petit, the Man On Wire himself, who was making a presentation that night.

Author: The JT LeRoy Story was nominated at the event for Outstanding Achievement in Graphic Design or Animation with the work of Ana Gomez Bernaus, Syd Garon, and Christopher Kirk. Here’s Laura with Ana Gomez Bernaus – and yes, Laura is dressed in another breathtaking creation from Scatha G. Allison of miss velvet cream.

And this is Laura with Laura Ricciardi (right) and Moira Demos, the filmmakers who made Making a Murderer and who were honored that evening for Outstanding Achievement in Nonfiction Films Made for Television.

What’s next? Well, on February 19th Laura will be in Beverly Hills attending the 2017 Writers Guild Awards ceremony, where Author: The JT LeRoy Story has been nominated for Documentary Screenplay. We send our respects and congratulations to all the talented writers whose work the WGA has singled out this year!
Still hungry for insider news? Here is a special scoop for our newsletter friends: On March 10, Laura will be the opening night special guest at the Vox Docs documentary film festival, held at the Icicle Creek Center for the Arts just outside Leavenworth, Washington, for a special screening of Author.

All Amazon links are offered as part of the Amazon Associates program. As an Amazon Associate, Dove’s Diner Inc. earns from qualifying purchases, which helps us keep the website running.

Please check your email to confirm your subscription.